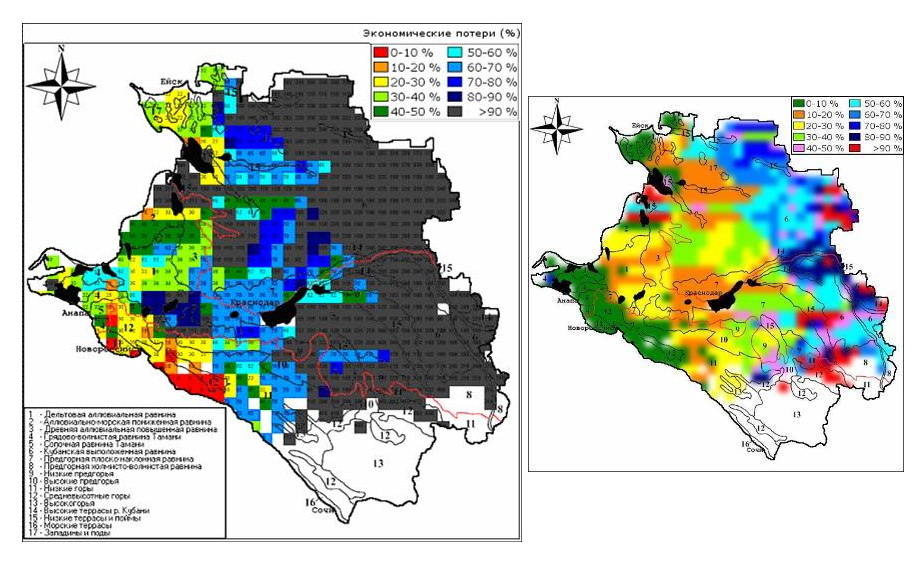 Mathematical modeling of the resource potential of the environment and plants is one of the possible solutions to the problem of transition from intensive farming technologies to resource-saving biological farming systems. The essence of the proposed project is in developing methodological directions for mobilization of genetic potential of crop varieties and the environment-forming potential (location, climate, landscape) in order to increase the productivity, and environmental and economic efficiency of production and environmental resources. The urgency of this problem increases dramatically due to new economic conditions, climate change and regular manifestations of weather anomalies in specific geographic locations. This problem is extremely important for the Southern region of our country, which is the main grower of perennial plants.

The main objectives of this project are:

Building a mathematical economic model of crop zonation was made possible by research on regularities of manifestation of weather and climatic conditions and their impact on plant crop capacity, which have been conducted by the authors of the project and funded by RFBR (projects 02-05-63234, 03-04-96771, 01-05-64590, 05-06-8250).

The principal novelty of the proposed project resides in following:

Abstract for the report on the results of the project:

Previously developed Unified Automated System of analysis, prediction and productivity management support has been adapted to economic and mathematical optimization of crop zonation in Southern Russia. It was proposed to use principal component analysis, by way of studying the time series of crop yields, using the multichannel methods for extraction of signals from noise adapted to analysis of the cost-effectiveness of decisions. This method allows to assess the adequacy of decisions on the choice of sites for establishing orchards. The mathematical models, linking the values of factors, affecting the crop yields, to yield, were developed. By means of mathematical modeling the impact of climatic component on yields has been separated. Annual benefits, expected from using econometric models in making decisions on choosing sites for cultivating various fruit crops in Krasnodar krai, were calculated.

Annotations to the application and the report are published in the original.